I haven’t said enough in this blog about the admiration I have for nurses in general, and psychiatric nurses in particular. The job is demanding – not only are psych nurses monitoring physical well-being and medications, but they are also counselors and therapists. They are the most important factor in how quickly you recover in hospital.


There were the occasional bad apples, but they were few and far between (the two that didn’t believe I had tardive dyskinesia (see my earlier post “When I Lost Control of my Tongue”) were rarities).


My favourite nurses would spend time chatting, and giving helpful advice on how to change thought patterns. They would provide comfort and therapy; dispense emergency medications; and generally make sure that I was safe. They would also advocate for me with the psychiatrists. Psychiatrists might spend ten minutes a day with their patients – nurses would spend hours.


A few nurses really stand out for me. Dave (he’s the one I gave a hard time, and then turned out to be so fantastic that I felt bad); Julie, who really pushed me to be active every day; and Diane, one of the head nurses, who saved me from tardive dyskinesia and always believed me when others wouldn’t.


My brother drove me to an ER after I had made an aborted attempt. I waited with him, watching the triage nurse. She was disdainful and gruff – especially at people with coughs and colds, or minor injuries. Her attitude was “don’t bother me with this stuff.”


When it came to my turn, I walked up to her desk.


“Why are you here?” she barked, looking me up and down and not seeing any obvious injury.


“I just tried to kill myself,” I whispered.


I started shaking, and choking up. “I just tried to kill myself.”


Her eyes went soft. She put her hands on mine and whispered, “You poor dear. I’m taking you right in. We’ll look after you now. I’ll make sure that you’re okay.”


Sometimes there are moments in your life – emotional fulcrums – that allow everything to be lifted up and flipped over.


That nurse’s unexpected, compassionate response was such a fulcrum.


Like magic or a gift just opened, I had some sort of stability that I had been lacking.
I spent the night in emergency under observation (by nurses), and was able to be discharged the next day.


So, this is a big thank-you to nurses everywhere. Your job is hard, and you are underappreciated, but the impact you have on patients is tremendous. Thanks for helping to put my life back together. 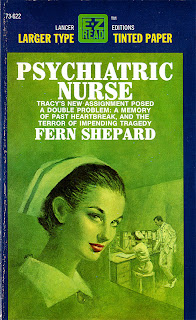