(The person who submitted this to me has requested total anonymity. I would like to thank them for this beautiful, tragic and touching story). 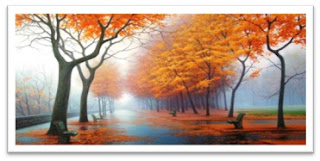 It was September and I was admitted into the Hospital Psychiatric Ward…..much to my dismay I was put in a four person ward with flimsy white curtains separating myself from the next loony! I had an air about myself where I believed I was too good for this place and besides I was really good at acting and convincing people I was really normal …or so I thought.  Perhaps I wouldn’t be here if I was so adept at acting or fooling people?  I would wait for a private room to open up and then I would be offered that so I thought.
A day or two had passed and no private room was offered and I realized I was being punished or something by being left in this room!  I dispied the other women their smells and crazy chatter I kepted my curtains shut on a regular basis…no way was I going to even look at them!  Days passed and one day we got a new woman into the room. I could hear the nurse and her getting settled and I knew she was very troubled.  She too hid behind her curtain for days I never saw her only could hear her ranting at times and the smell was disgusting from her detoxing and I was mad that I had to endure this!  I would hear her crying a lot and pleading with God or someone not there? A part of me felt somewhat sorry for her she never got any visitor’s ever.
After completing my 3 week stay I was released to go home on  my day to leave I packed up all my things,things I had collected since my stay…cards,old flowers,napkins with some loonie’s phone number on it saying “call me sometime when you get out” with a smiley face.  Rule number one Never make friends in a psych ward!  I continued leaving and on my way out I heard the woman crying I stopped and drew back her curtain expecting to see some crazed lunatic but not this case, I saw a beautiful woman with long brown hair and huge eyes looking so pained.
I asked her if she was alright? She replied I just need a quarter for the phone to call my kids and I have no money”  I went into my wallet and gave her a few quarters that I had and layed them on her bed.  She begun to cry some more and thank me over and over her name was Susan I found out. I said to her “everything will be okay Susan be strong and I put my hand on hers and then left.
Weeks had passed since I was released and I picked up the news paper one day while sipping some coffee and flipping through the pages I came across a picture of a woman who to me was very familiar…it was Susan. It was her obituary…she had stood in front of a train and ended her 44 year old life.
I read on to find out she was a amazing mother and said she will love her children forever……My heart sank and I cried over her I cried for her children for not being able to do more for her.  I think of her every September when the trees change color and each leaf falls delicately to the ground I find the prettiest one and I take it home and press it and then I thank God for my life.

Email ThisBlogThis!Share to TwitterShare to FacebookShare to Pinterest
Labels: submissions